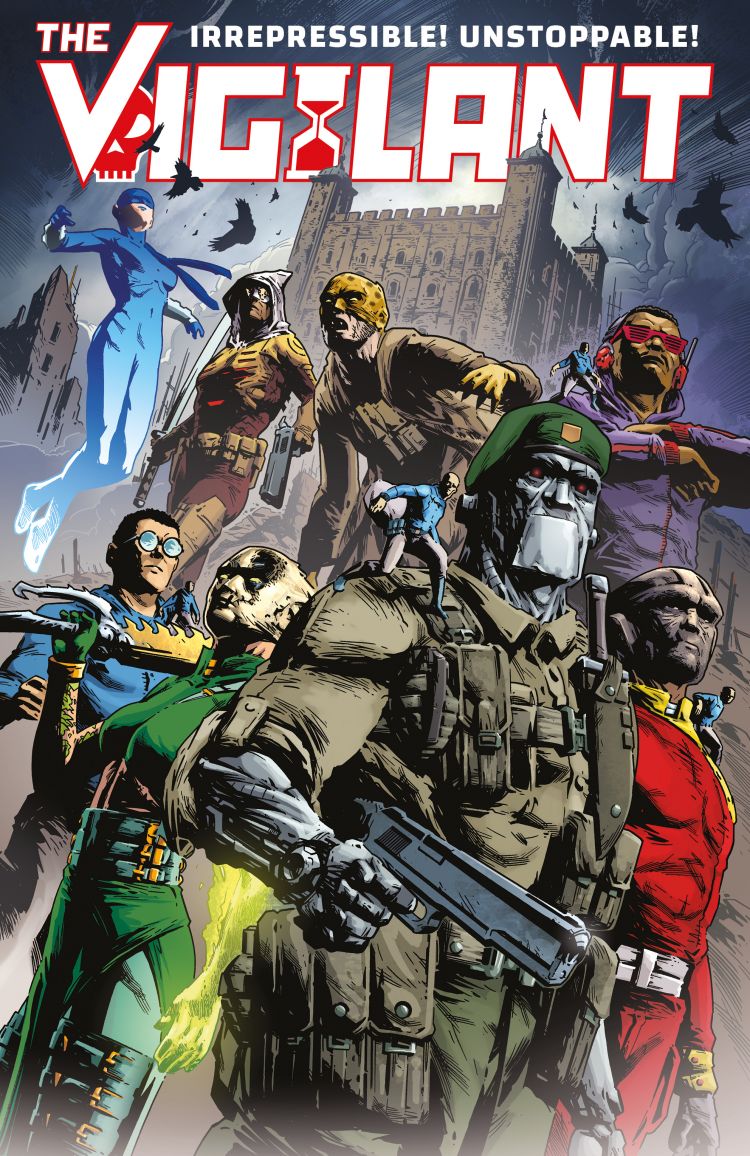 When the evil forces of Von Hoffman and Dr Mesmer team up and pluck the immortal Adam Eterno from the winds of time, all of reality is under threat! Only The Vigilant; a mighty team composed of super-beings, warlocks, warriors and monsters stand between us and total chaos! Join The Leopard from Lime Street, Steel Commando, Dr. Sin, Pete’s Pocket Army, Blake Edmonds, Yāo and Thunderbolt the Avenger on their premiere adventure. The Rebellion-verse Begins here!

Following the death of her parents at the hands of demons, Yao searches the shadows, hunting creatures of the night and hoping to find those responsible. An injury she sustained during that terrible event has embued her with the power to pluck a vast array of unworldy weapons from another dimension, known as 'The Other Place.

Once upon a time Blake Edmonds had it all – fame, money, looks... and then the world-famous F1 driver suffered a terrible accident which left him hideously disfigured. After fashioning a mask to hide his terrible visage, Edmonds became a daredevil stuntman, flirting with death on a regular basis.

Developed by British scientists in WW2, the Steel Commando became a thorn in the side of the Axis powers. Due to a programming glitch he would only take orders from a lazy private named Ernie Bates. Now he follows the orders of Doctor Sin, who recently reactivated him for The Vigilant.