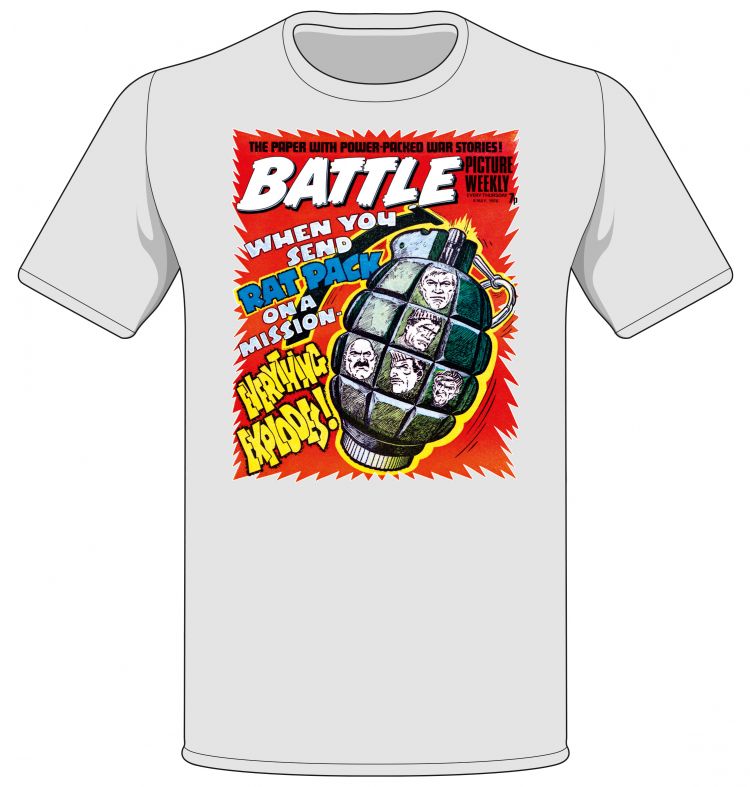 Due to the coronavirus affecting our supply chain we are no longer taking new orders for clothing at this time.

When you send Rat Pack on a mission – EVERYTHING EXPLODES! They were the gang of ne’er-do-wells who fought dirty and died hard and now Carlos Ezquerra’s explosive cover for Battle, cover date 8 May 1976, is available on a quality tee!

Appearing in Battle Picture Weekly from its first issue in 1975 until 1980, Rat Pack was a long-running series set in World War II, principally drawn by Carlos Ezquerra and written by a team of writers including Terry Magee, Alan Hebden, Pat Mills, Eric Hebden, Gerry Finley-Day, Peter Harris, and many more. The strip followed a covert commando unit of four court-martialled soldiers: Kabul "the Turk" Hasan, Matthew Dancer, Ian "Scarface" Rogan, Ronald Weasel. Originally led by Major Taggart, when he was hospitalised they were taken over by the laconic Major Eazy until Taggart was combat ready again.