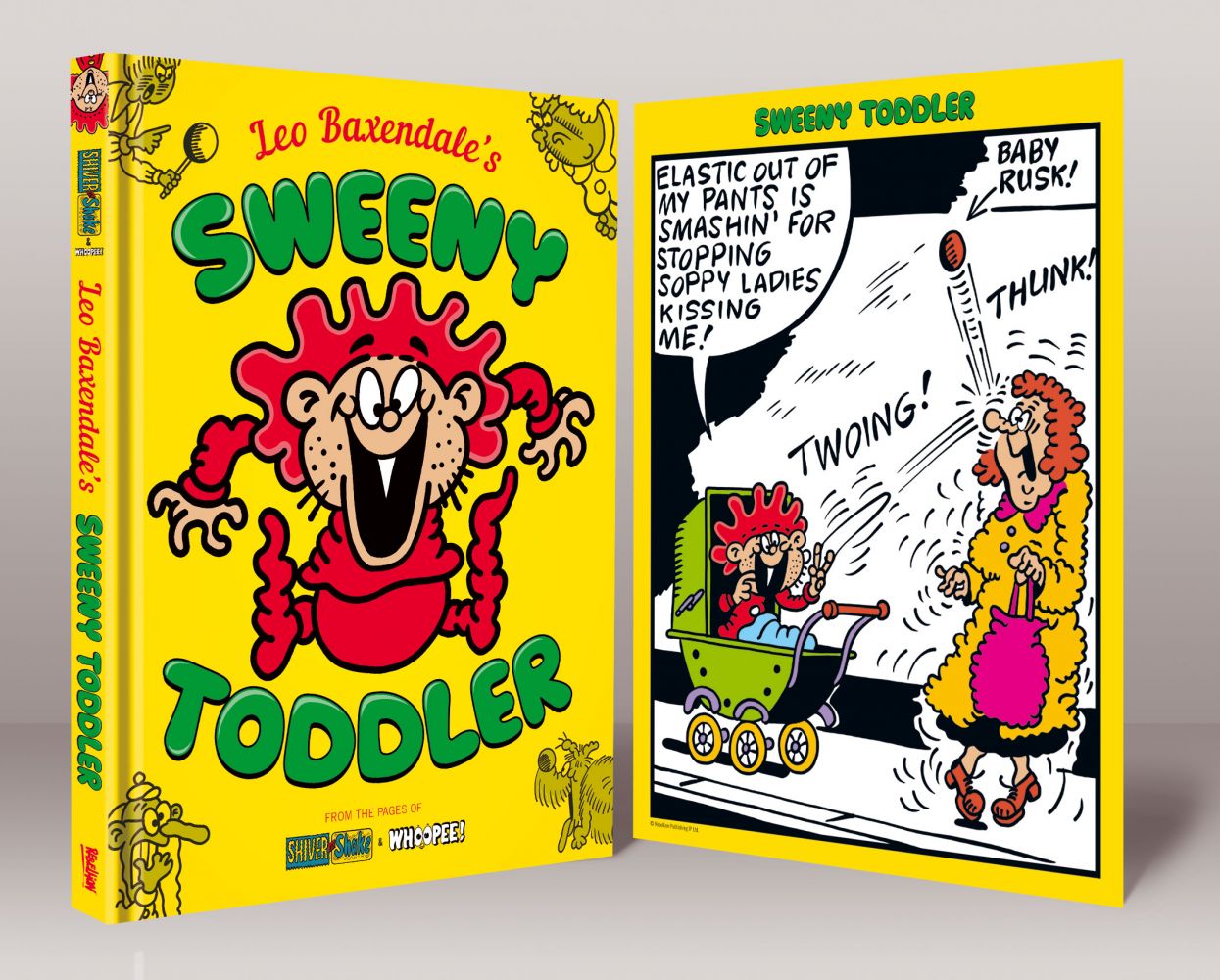 There are only 100 copies of this limited edition hardcover with art print for sale.

There are few more influential creators in British comics than Leo Baxendale, and few more memorable characters than Sweeny Toddler, the demon baby!

The first complete collection of Baxendale's baby-faced terror is the absolute must have all-ages book for the summer. It's no exaggeration to call Baxendale a genius and this collection proves why: from the anarchic chaos of his plots to the razor-sharp wit and gruesome grotesques, his work remains groundbreaking and hugely influential.

Later drawn by Tom Paterson and Keith Reynolds, amongst others, Sweeney first appeared in Shiver and Shake in March 1973, then moved to the pages of Whoopee! in October 1974, Whizzer and Chips in 1985 and finally Buster in 1990.