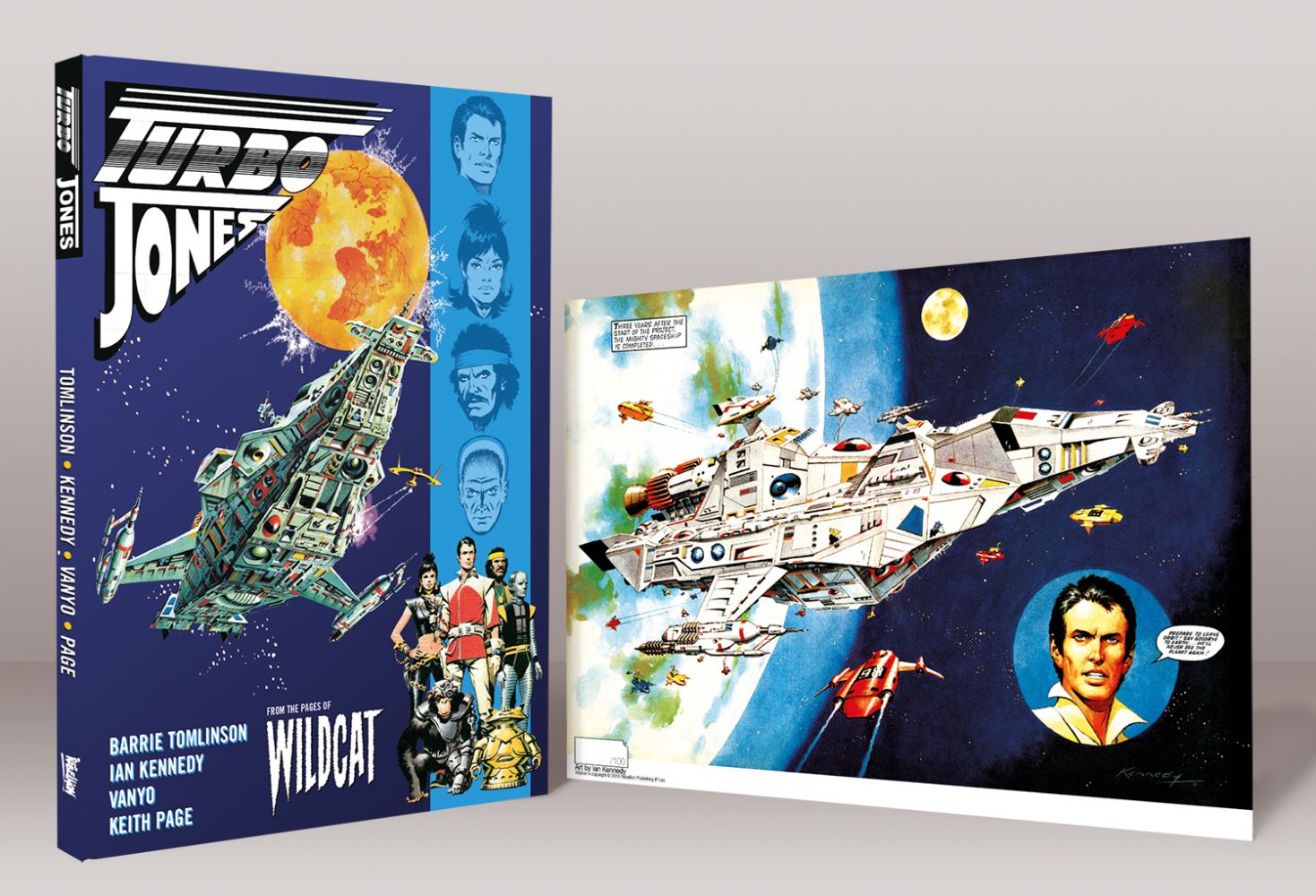 There are only 100 copies of this version of Wildcat: Turbo Jones,  which comes with a print signed by Ian Kennedy.

Predicting the destruction of our planet, Turbo Jones, Professor of Earth History, built a colony ship to search the stars for a new home. Now on board “The Wildcat” with his trusty crew, they have finally found a planet suitable for a colony. Four exploration teams are sent to the surface to scout…

Turbo Jones and his exploration party are soon captured and caught in a conflict between two alien races. His ingenuity saved him from the destruction of the Earth, but can it save him from the invading Arglon’s dinosaur army?