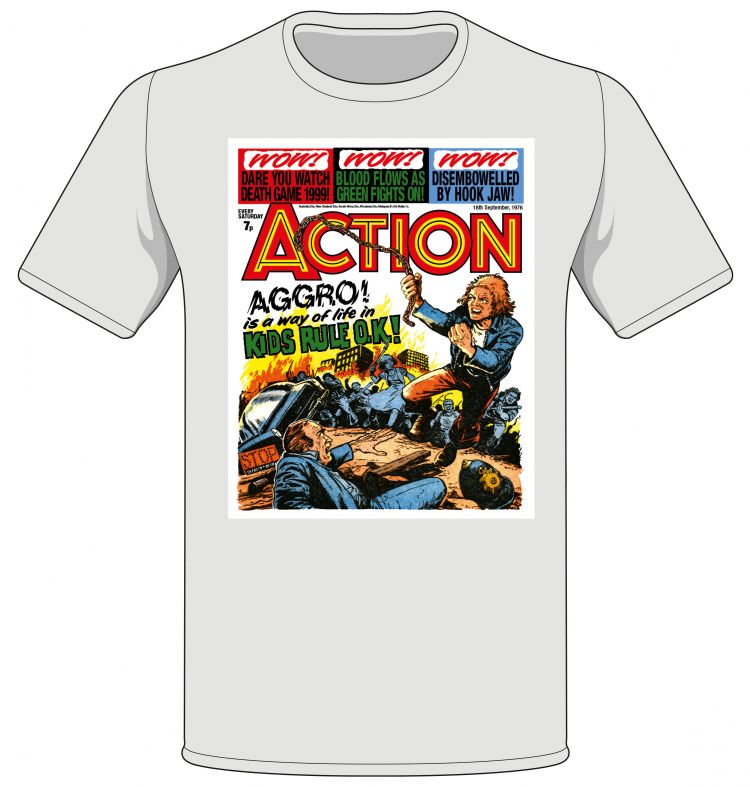 It was the story that got a comic banned – and Carlos Ezquerra’s infamous Kids Rule O.K.! cover is now available on a quality T-shirt!

Set in a world without adults where gangs of teenagers run amok, Kids Rule OK! featured feral gangs of children and teenagers exacting revenge on the adult world – the strip helped lead to the comic being branded a “sevenpenny nightmare” and newsagents refusing to stock it. A toned-down version of Action returned a month later, but lasted barely a year before being folded in stablemate Battle.

Ezquerra’s legendary cover for the series, showing what critics claimed was a chain-wielding teen attacking a policeman, is now available on a T-shirt that’s a must-buy for any self-respecting comics fan.