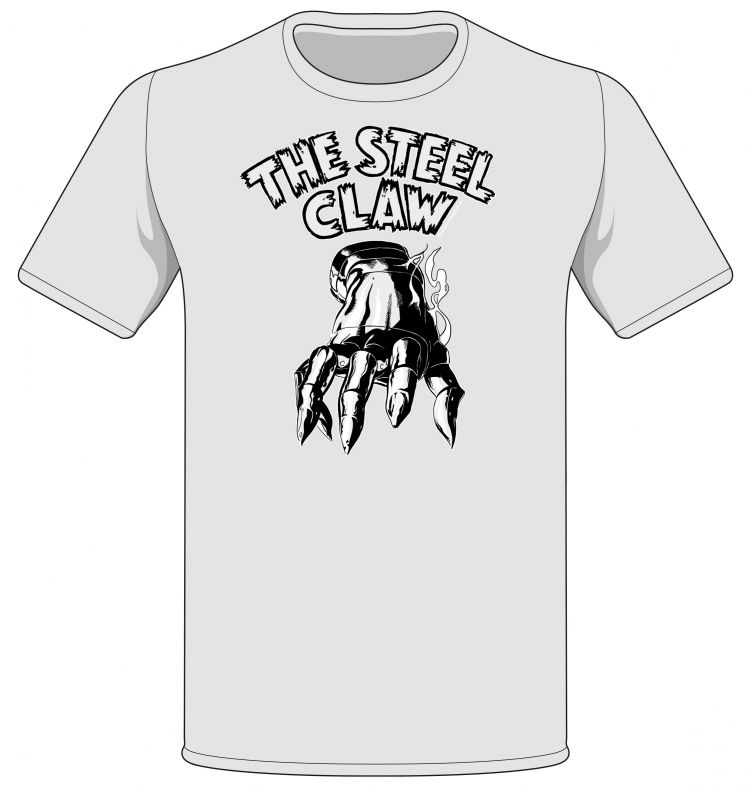 He's the vanishing man, the criminal turned crime-fighter - he is THE STEEL CLAW! Get the latest Treasury of British Comics T-shirt bearing iconic art and logo from this classic character of British comic books.

After a ray machine accident, Louis Crandell discovered that an electric shock made him invisible ... except for his sophisticated steel hand! Unhinged by the accident, he used his new powers to embark upon a life of crime! But after regaining his senses, he instead became a crime-fighter, working for a Government agency called the Shadow Squad!

Debuting in the first edition of Valiant in 1962, The Steel Claw was the brainchild of editors Ken Mennell, Jack Le Grand and Sid Bicknell, and was then refined by writer Ken Bulmer and artist Jesús Blasco. Later taken over by writer Tom Tully, the strip was one of Valiant's most popular series and ran until 1973.