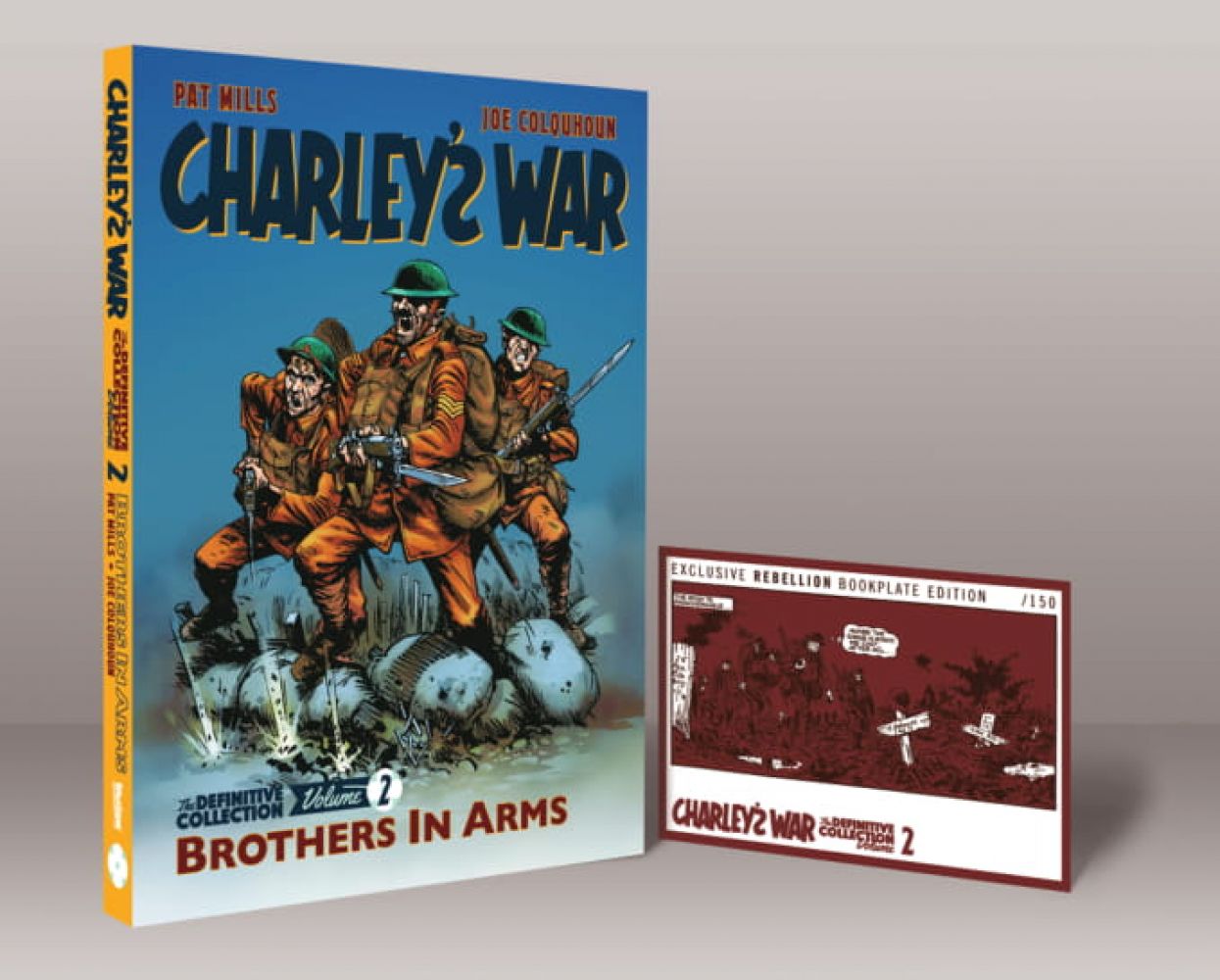 There are only 150 copies of this bookplate edition, each bookplate has been signed by Pat Mills

THE GREATEST ANTI-WAR STORY EVER TOLD.

After being injured in The Battle of the Somme, Charley meets Blue in London – a deserter from the French Foreign Legion – who tells of his brutal experiences at the Battle of Verdun. Charley returns to the front line at Ypres where the threat from the German army is matched only by the inhumanity of his superiors! In the face of suffering and injustice, seeds of mutiny begin to grow among the ranks…

This second volume of Pat Mills and Joe Colquhoun’s masterpiece continues to tell the story of an ordinary soldier’s experiences in World War One, including vibrant remastered colour pages from the original artwork.