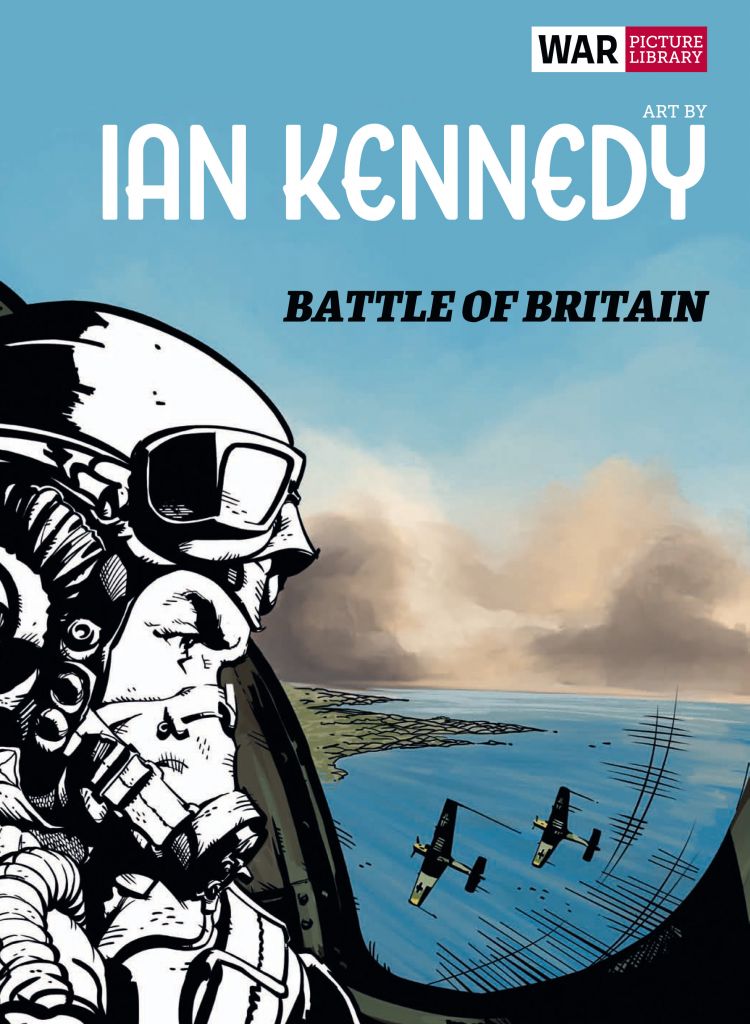 There are only 100 copies of this limited edition webshop variant hardback for sale.

The second in the new ‘War Picture Library’ series showcasing the finest combat comics illustrated by legendary and iconic artists.

Two true stories of aviation heroism and derring-do - ‘Never Say Die’ and ‘Steel Bats’ - set during the Battle of Britain in 1940 and drawn by comics legend Ian Kennedy! A talented pilot who never loses his determination to defend his country against immense obstacles both technical and personal. A squadron undertakes heart-stopping missions to combat the intense night-time assaults of the Axis air force.

Set against the backdrop of the Battle of Britain comes an enthralling collection of aviation and heroism featuring daredevil pilots and the lengths they go to stop the German Luftwaffe attacking Britain.