A brand new showcase from the Treasury of British Comics brings the stunning work of a Spanish master artist back into print after more than forty years!

Also known as Homero, Jaume Rumeu Perera brought his flare for the intoxicatingly to British comics, with macabre stories full of black widows, femme fatales, mad scientists and giant spiders. One of the unsung masters of British horror comics, this collection celebrates his timeless talent and is a must have for fans of great comic book art.

Out now from all good book and comic book retailers, as well as in print and digital from the Treasury of British Comics webshop, it also showcases one of the most iconic villains in British girls' comics: the lethal Mrs. Webb, a raging femme fatale with killer style and a bone to pick with the British Establishment.

Determined to take over the country with her army of giant arachnids, only two schoolgirls stand between her and global domination! Full of stunning artwork, terrifying twists, beautiful - but deadly - women, and, of course - giant spiders, this is an essential comic for any horror connoisseur.

The Jaume Rumeu Collection continues the Treasury of British Comics' mission to bring hidden and forgotten gems from the world's biggest archive of English-language comic books back into print, all remastered and presented for a whole new audience. It follows the publication in 2019 of Misty Presents: The Jordi Badia Romero Collection, a collection of stories by Catalan artist Jordi Badía Romero - also known as Jorge - who worked on Pink, Misty and Creepy before moving onto Tarzan in the 1980s.

Buy now from the Treasury of British Comics webshop:

Or from one of these retailers: 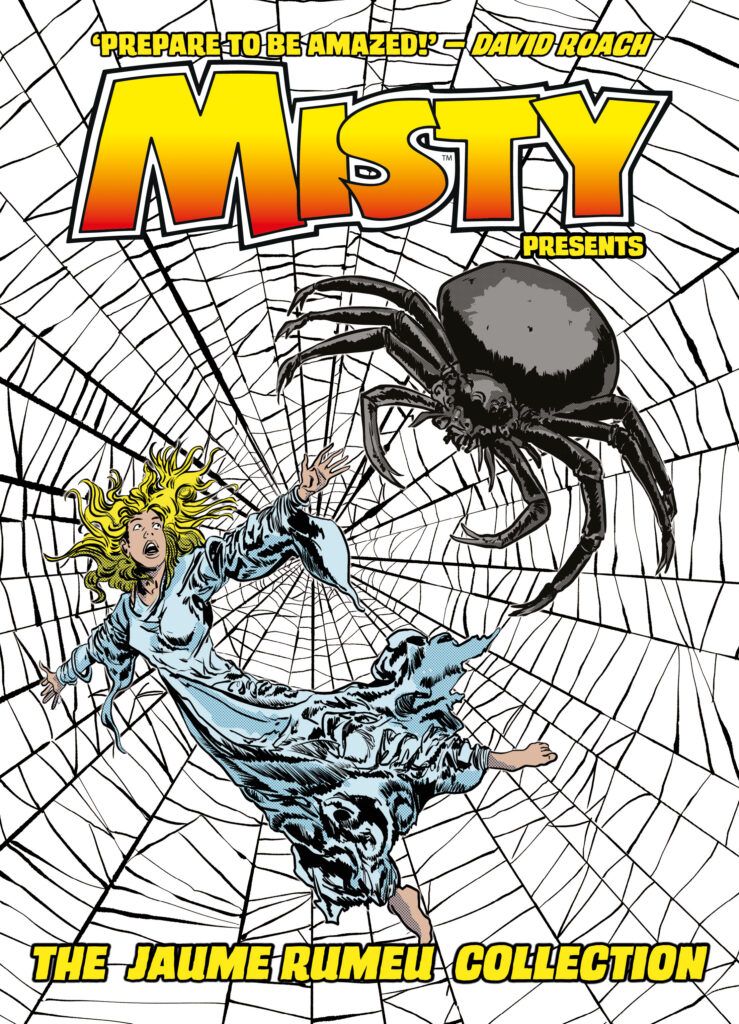