Out on 25 November, The Tom Paterson Collection is a gorgeous hardcover celebrating one of the finest talents in comics.  In his regular look at classic British comics and the Treasury archive, David McDonald explores the career of the madcap cartoonist... 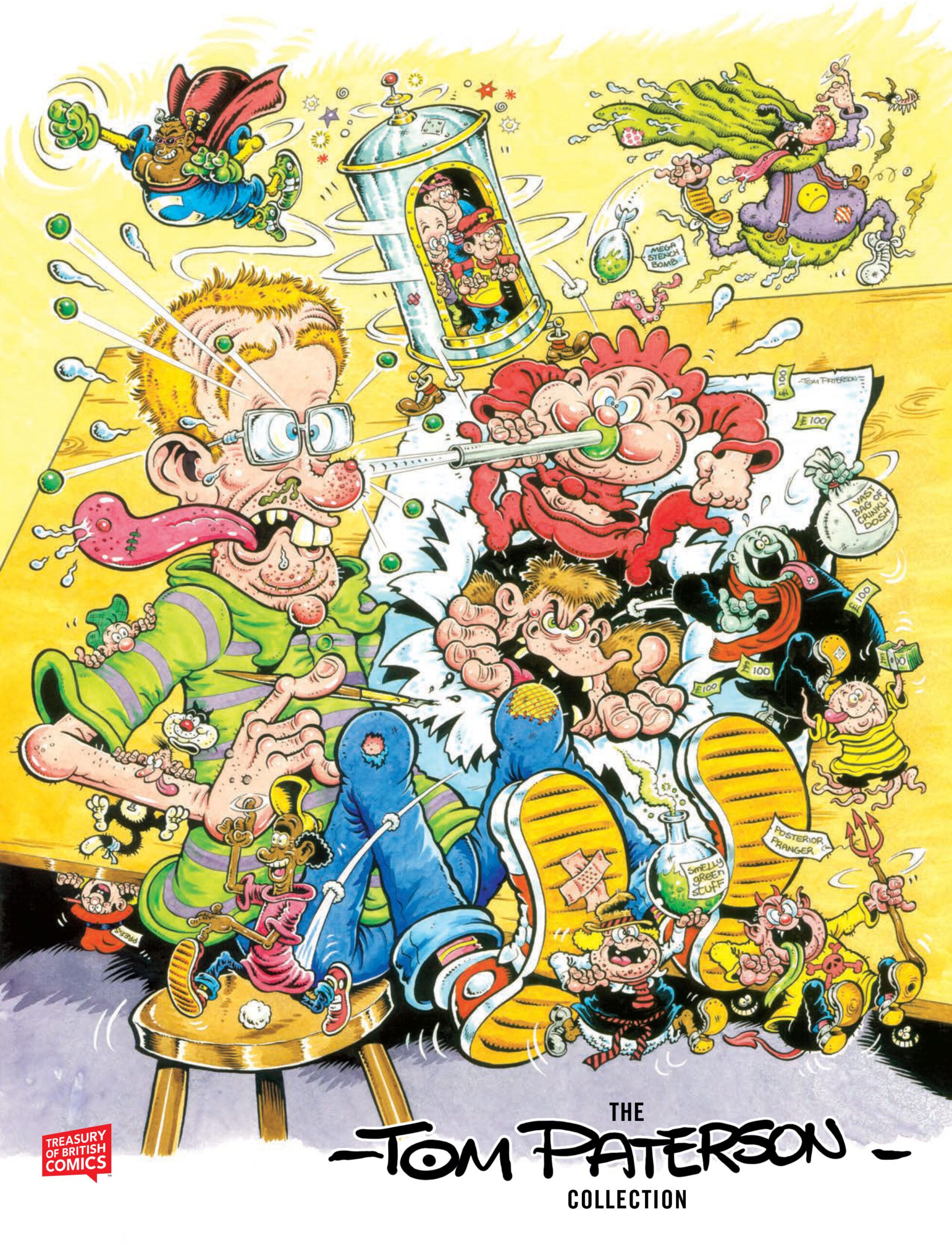 "The English-speaking world is divided into those who prefer the little squelchy things OR the smelly socks which appear in most of Tom Patterson's work.” Not sure if I have that quote quite right, but my favourite joke from the work of Tom Paterson is the 'feed other end' sticker that usually appears on the posterior of any large animal that appears!

Tom Patterson has been a near constant presence in humour comics since the seventies, his art is instantly recognisable - anarchic, inventive, interactive. irreverent, chaotic, and most importantly, funny. Everything the art in a humour comic should be!

Starting drawing professionally at the age of just sixteen for DC Thomson on the strip 'Dangerous Dumplings’, Patterson soon moved to working for IPC filling in for Sid Burgeon on 'Biddys Beastly Bloomer', which appeared in Shiver and Shake.  When 'Sweeny Toddler' transferred from Shiver and Shake to Whoopee, Patterson took over the strip from its creator, Leo Baxendale, and soon made the character his own to the point where it is probably the one he is most associated with. He went on to work on numerous characters right across IPC's humour line like ‘School Belle', ‘Roberts Robot’ and taking over from Fleetway veteran Reg Parlett on IPC's humour comics flagship character 'Buster'. 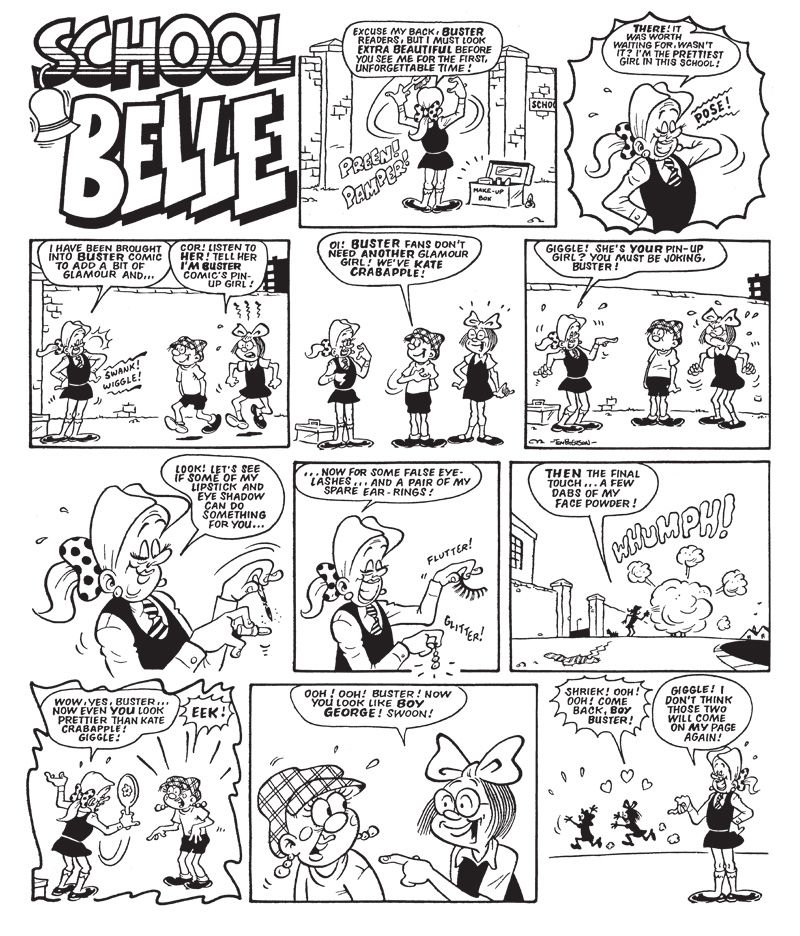 On ‘Sweeny Toddler' he hit his creative height in the mid-eighties on the front covers of Whoopee and Whizzer and Chips, where the character moved in the merger of the two titles.

Patterson’s now (in)famous ‘Sweeny’ covers - including ‘Sweeny Dredd’, ‘Sweeney Dracula’ and ‘Sweeny He-Man’ - are some of the highlights of IPC humour comics! Indeed, it could be argued that Patterson’s output in the eighties and nineties, along with artist John Geering - who drew ‘Bananaman Man’, ‘Smudge’, and ‘Gums’ - might give the creative output of Baxendale and Reid in the sixties a run for their money. 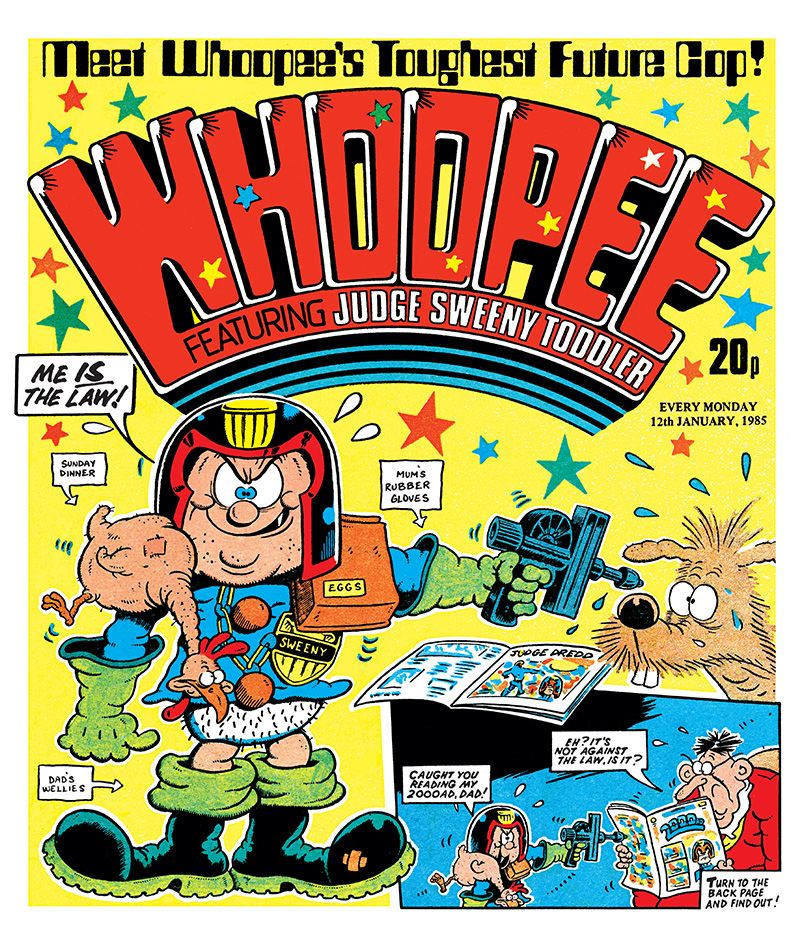 With the decline of the comic market in the late eighties, Patterson returned to DC Thomson, Working on characters like ‘Calamity James’, ‘Minnie The Minx’, and 'The Banana Bunch’. 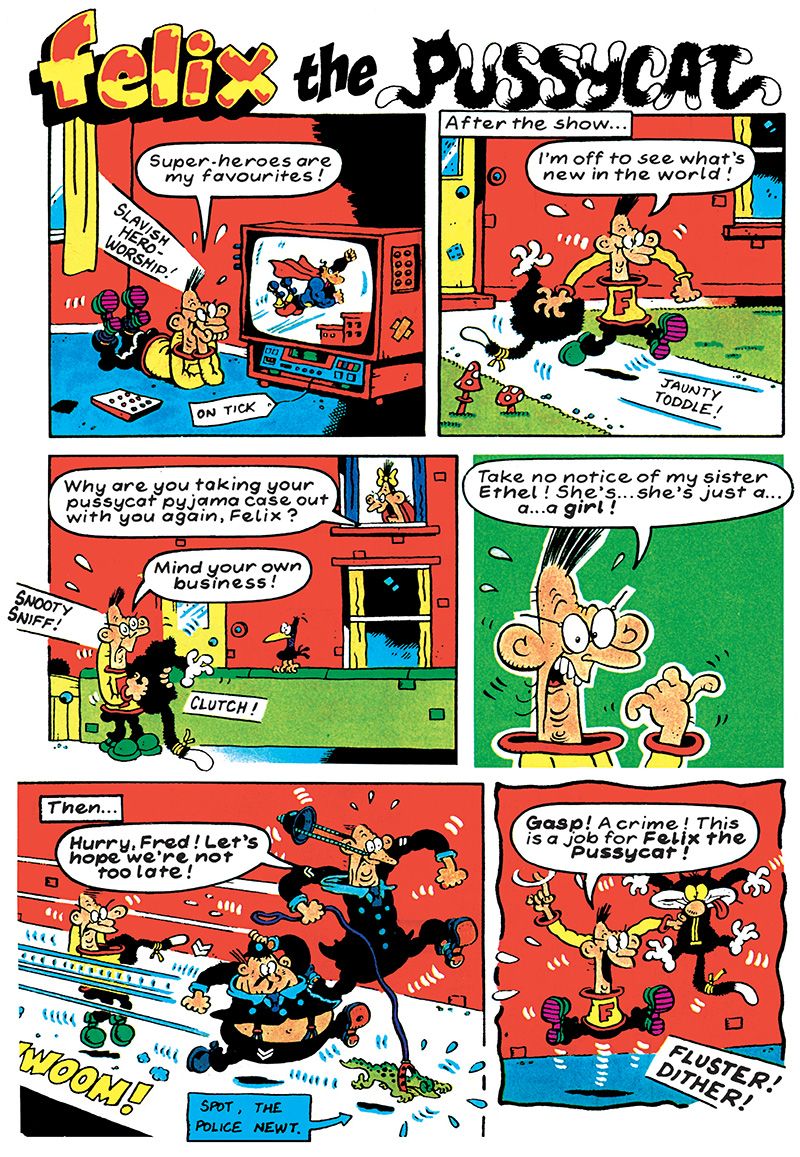 Another thing I may have gotten wrong is saying that he hit his creative height in the eighties - looking at his recent work which appeared in the Monster Fun Halloween Spooktacular, it’s clear that he continues to really hit the ball out of the park. If you haven't seen it yet, track down a copy now - you won’t be disappointed! 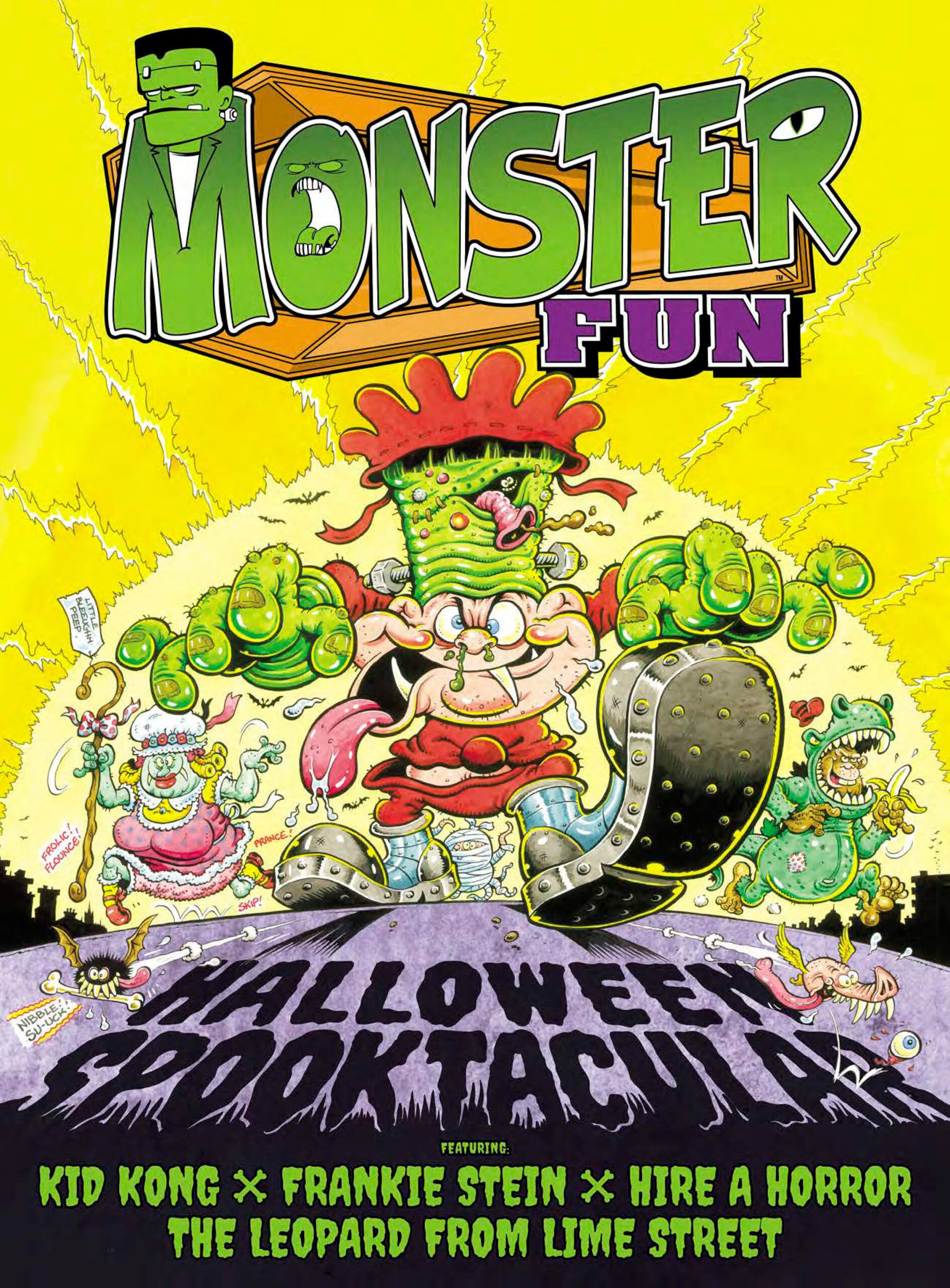 The Tom Paterson Collection is out on 25 November from all good book and comic book stores and online retailers, the Treasury of British Comics webshop in hardcover, and digital, and in digital from the 2000 AD app.