Everyone at 2000 AD is very saddened to learn of the passing of artist Ian Kennedy.

It is no hyperbole to describe Kennedy as a legend of British comics. With a career spanning more than seven decades, his meticulously detailed but dynamic work graced dozens of titles, from Hotspur to Bunty, from Commando to 2000 AD.

Born in Dundee in 1932, Kennedy was too young for service during World War Two but the planes flying overhead sparked a lifelong obsession with aircraft. After leaving school, he began work as a trainee illustrator in the Art Department of comic and magazine publisher DC Thomson & Co, where his first job was inking the black boxes of the crossword in the Sunday Post.

He switched to more lucrative freelancing in 1954, picking up jobs with Amalgamated Press — later IPC — through an agent, but continuing to work for DC Thomson. He worked on a dizzying number of titles, including Hotspur, Adventure, Rover, Bunty, Judy, Wizard, Thriller Picture Library, and Air Ace.

As tastes changed, so did the audience for his work. His style adapted perfectly to the new generation of science-fiction comics like 2000 AD, for which he worked on strips such as 'Invasion', 'Judge Dredd' and 'M.A.C.H.1', as well as on 'Ro-Busters' for stablemate Star Lord. One of his most famous covers featured the perfect intersection of the different parts of his career - Messerschmitt 109s from World War Two transported to the skies over Judge Dredd's Mega-City One, with one pilot screaming "Himmel! This isn't Stalingrad!".

His richly coloured art, with his particular skill for sleek, dynamic and functional machines and spacecraft, was perfect for the relaunch of 'Dan Dare' in Eagle in the 1980s as well as Blake's 7, M.A.S.K., the short-lived IPC title Wildcat.

But it was World War Two and his childhood love of aircraft that dominated his career, he produced more than 1,600 covers for DC Thomson's classic war comic, Commando, as well as covers for Warlord, Victor, War Picture Library, Battle, Red Dagger and more.

In the age before credit boxes, many artists of Kennedy's generation laboured in obscurity, unaware of the impact their work had on so many young minds. Fortunately, this was not the case for Kennedy, the internet and convention appearances allowing him to meet his fans and come to understand just how popular his art was and remains.

His humility and easy, unassuming, friendly manner endeared him to all who met him. Even though he had semi-retired, he continued working - producing covers for comics and graphic novels that betrayed no lessening of his talent.

We have lost another titan of British comics, it is no exaggeration to call Ian Kennedy irreplaceable.

Everyone at 2000 AD and Rebellion sends his family their deepest condolences. 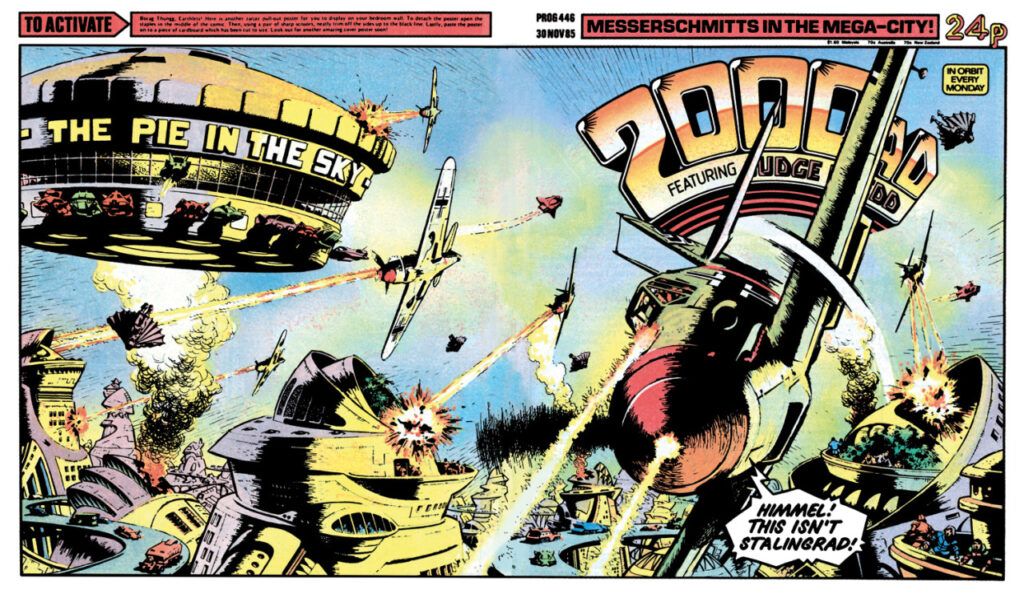 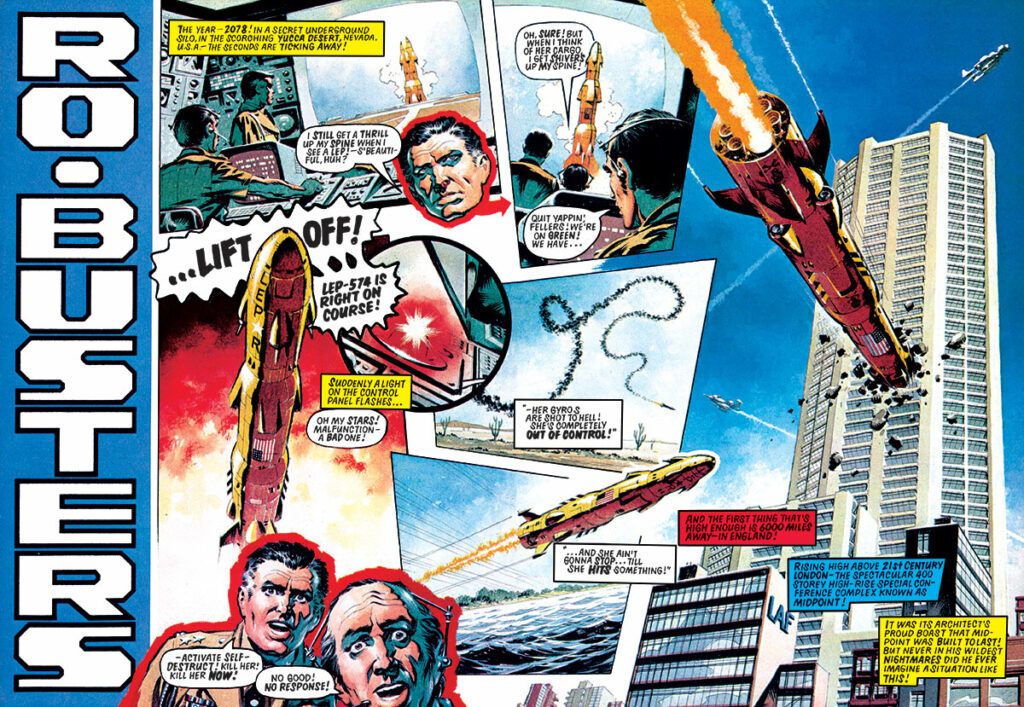 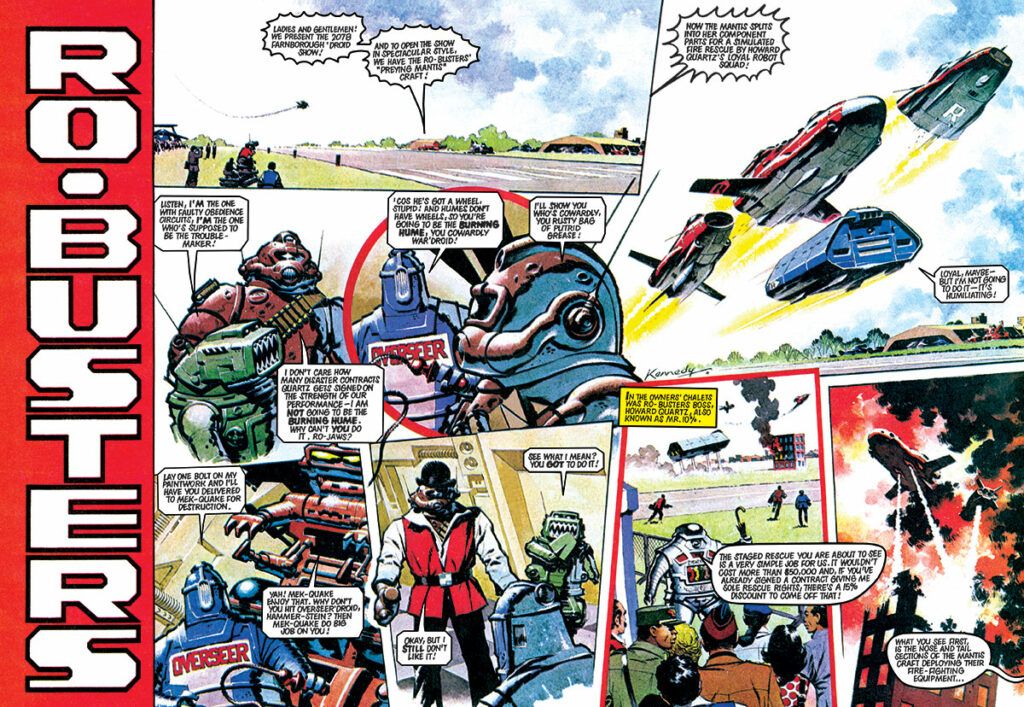 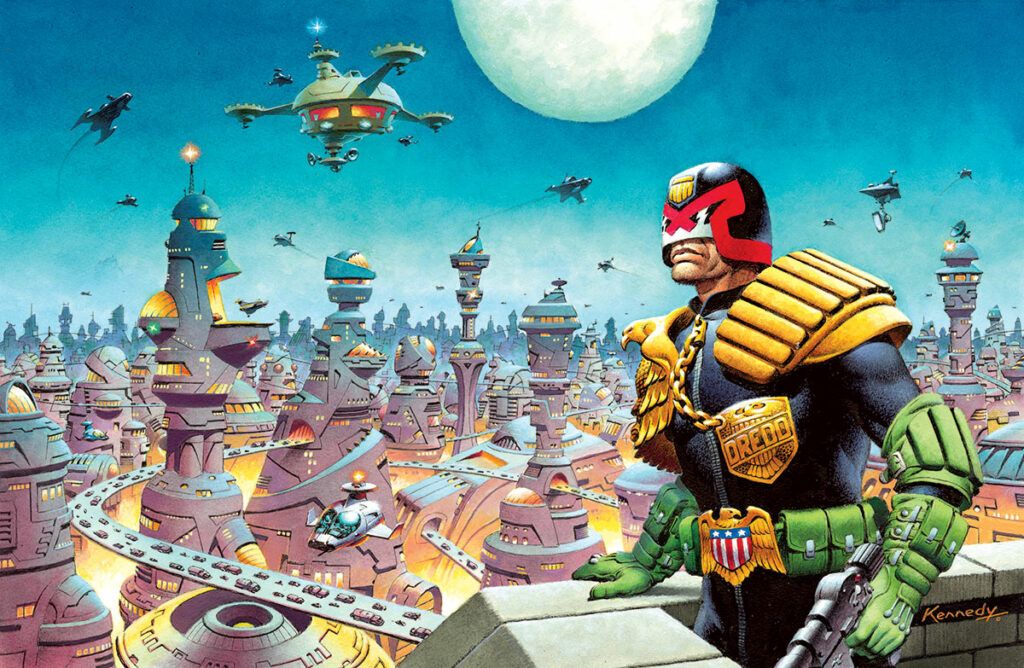 During the first lockdown in April 2020, Ian was interviewed for The 2000 AD Thrill-Cast. You can listen to the episode on most podcast apps or via Soundcloud and YouTube below.