The Rise and Fall of the Trigan Empire Vol.4 – out now!

The Rise and Fall of the Trigan Empire Vol.4 is out now!

The best-selling science-fiction classic series continues with a fourth omnibus collecting the stories published from 1973 through to 1976.

Don Lawrence's painted art continues to be a highlight of the series but, as he takes a sabbatical from the strip, Miguel Quesada and Philip Corke match his impressive work with their own style.

The Trigan Empire remains resilient against enemies on all fronts, from treacherous politicians, murderous Zith assassins, and alien invaders, Trigo and Janno protect the citizens of Elekton.

Co-created by Mike Butterworth and Don Lawrence, The Rise and Fall of the Trigan Empire has been named as a major influence by the likes of writer Neil Gaiman (Sandman), artist Dave Gibbons (Watchmen) and Brian Bolland (Judge Dredd), amongst many others. This special hardcover edition perfectly showcases the remarkable talent of Lawrence, who is rightfully regarded as one of the finest artists in British comics history.

Originally published in the anthology titles Ranger from the first issue in September 1965, and Look and Learn from June 1966 until April 1982, the series told the story of an alien empire on the planet Elekton that was heavily influenced by history, particularly Roman. Created by Mike Butterworth, who died in 1986, and artist Don Lawrence, who died in 2004, the series’ mix of political intrigue and Lawrence’s lush painted artwork won a host of fans worldwide, and proved to be highly influential, inspiring a generation of comic book creators with its depth and beauty.

Don, who started out as a comics creator in the Gower Street Studios in London, first working on Marvelman before moving on to Karl the Viking for Lion. Other artists who worked on the strip include Ron Embleton, Miguel Quesada, Philip Corke, Oliver Frey and Gerry Wood.

Although the strip has seen only limited English-language release it remains one of the most popular comic series in Holland and Germany, with over two million albums sold.

Order from one of these online retailers: 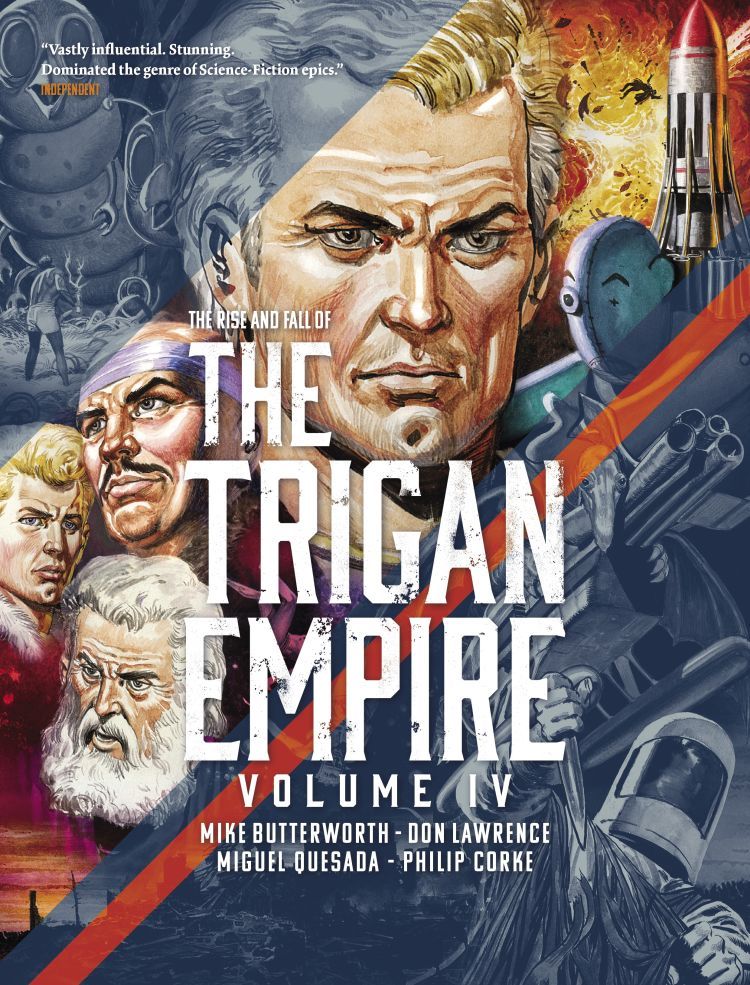