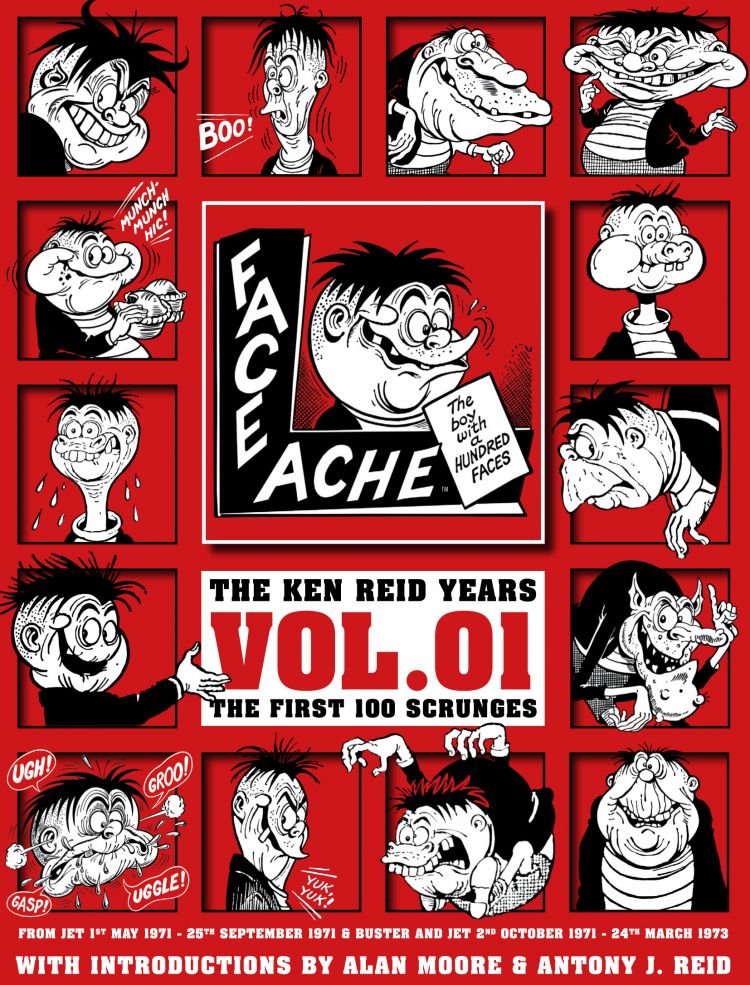 Digital Edition $9.99 Hardback Out of stock

Ken Reid is consistently name-checked by the greats of comics – from Alan Moore to Kevin O’Neill, John Wagner to Pat Mills – for his unique art that is matched only by his enduring sense of humour.

In a hardcover edition befitting his status as one of the all-too-forgotten greats of British comics, we present his timeless Faceache – the humorous adventures of Ricky Rubberneck, the boy with a “bendable bonce” whose skin stretches like rubber.

At will, he can scrunge his face into anything, whether it’s mimicing others or turning into monstrous creatures – but always coming a cropper!