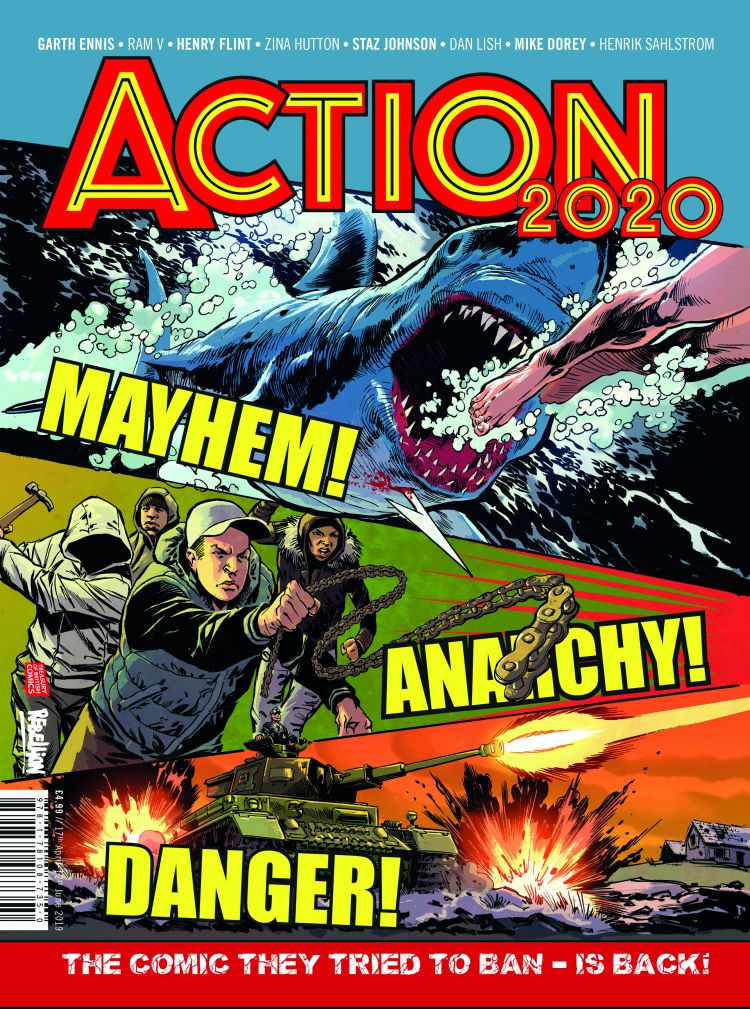 Now out of print however digital edition still available which includes ‘banned’ issue of Action from October 1976.

Launched in 1976 by writer and editor Pat Mills, Action‘s blend of no-holds-barred action, unbridled anarchism, and violent riffs off popular films earned it immediate acclaim. The gritty tone and graphic gore of strips such as Hook Jaw, Hellman of Hammer Force, BlackJack, Death Game 1999, Kids Rule OK, Dredger, and Look Out For Lefty delighted readers but quickly attracted the attention of public moralists, with the comic branded “the seven-penny nightmare” by the press.

A campaign by the infamous Mary Whitehouse and her National Viewers and Listeners Association led to threats of a boycott of all publisher IPC’s titles by newsagent chains such as WH Smith and John Menzies. This in turn led to pressure from publisher IPC’s higher management and the 23 October issue was pulped.

When the title returned that November, the violence was heavily toned down. Sales of this neutered Action dropped dramatically and it was folded into stablemate Battle a year later. However, Action remains one of the most influential comic books in British history, leading to Mills creating 2000 AD and also inspire a generation of comic book readers and creators!

Look out for lefty (part 1)

Hellman on the Russian Front (part 1)