As we approach D-Day, we shall introduce you to the legendary Battle Action characters who are back in action for this landmark book!

One of the brand new stories inside - written by Garth Ennis with art by Kevin O’Neill and letters by Rob Steen - picks up the story of KIDS RULE O.K., one of the most controversial stories British comics has ever produced.

Set in 1986, a deadly plague born of atmospheric pollution kills every human being over the age of twenty. The survivors begin a gruesome Lord of the Flies-style existence, with the streets of London overrun by savage youth gangs determined to wipe each other out. 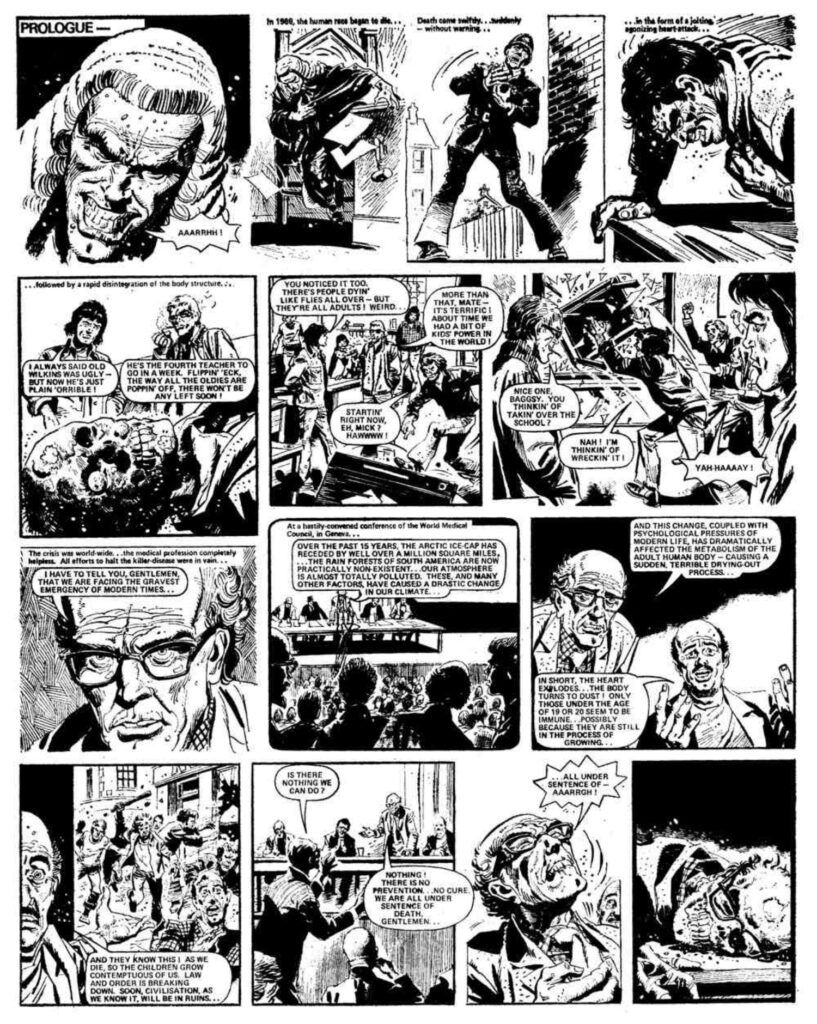 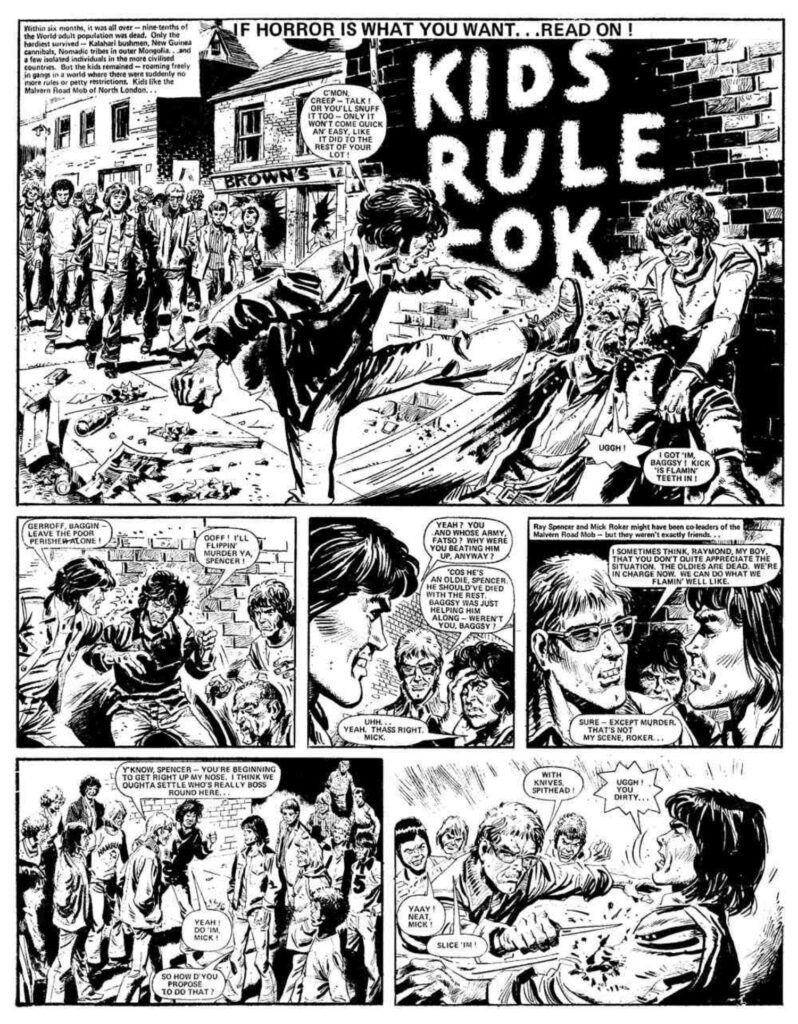 Of all the possible culprits behind the demise of Action, this strip - and the famous Carlos Ezquerra cover that it inspired - seems to occupy the number one spot for many commentators. Created by Chris Lowder and Mike White, it certainly never lacks for brutal and uncompromising violence.

Indeed, an unused two-page ending, discovered by Martin Barker during research for his superb Action: the Story of a Violent Comic, goes to extreme lengths to emasculate Kids Rule O.K. In a frankly emetic conclusion, the suddenly reasonable lead characters stop trying to bludgeon and gut one another, put down their weapons, and are last seen wishing each other well with farming projects and “social work”. 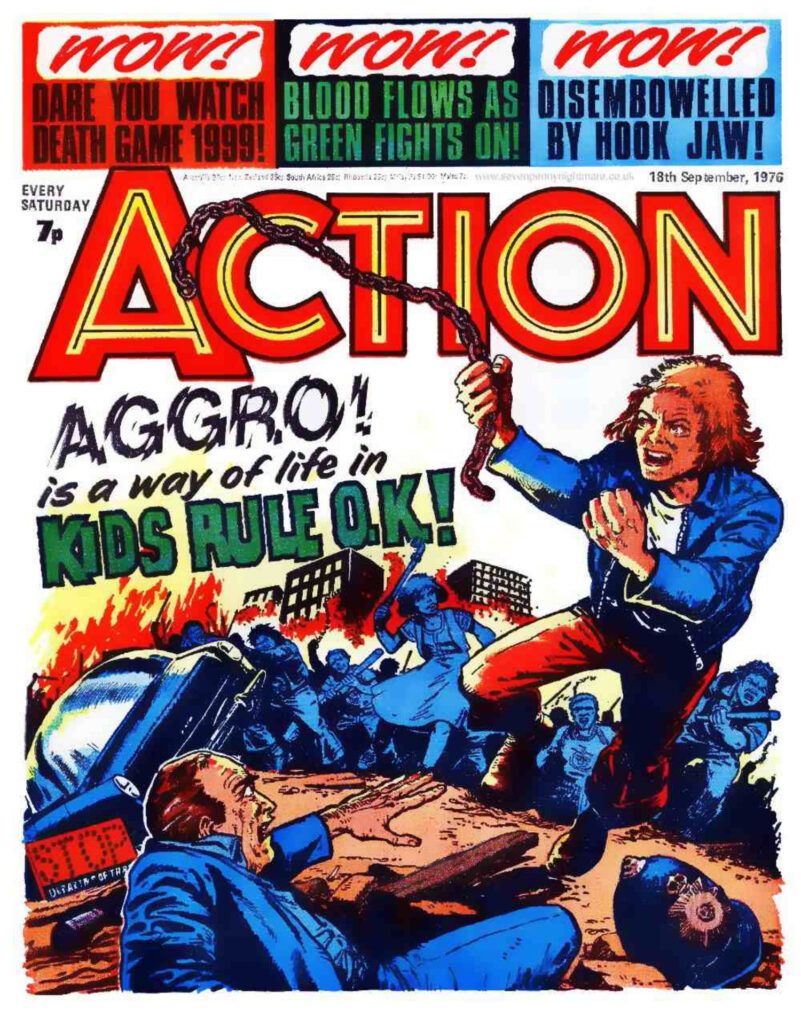 Whether it caused the crisis or was just the straw that broke the camel’s back, Kids Rule O.K. retains a certain mystique among Action readers to this day. So does the famous story of publisher John Sanders having a copy of the comic torn up in his face by the BBC’s Frank Bough, live on air.

Perhaps Action’s writers and artists were always going to go too far; perhaps the paper was doomed from the start. Perhaps the controversy that surrounds it has, for many, actually outlasted memories of the characters and strips. What is certain is that if only for a short while, Action’s flame burned very brightly. Martin Barker gave it as good a eulogy as any comic has ever received: “… for what Action did, in its brief life, let it be fondly remembered.”

What follows in the pages of the new Battle Action Special is most definitely fiction … or is it? 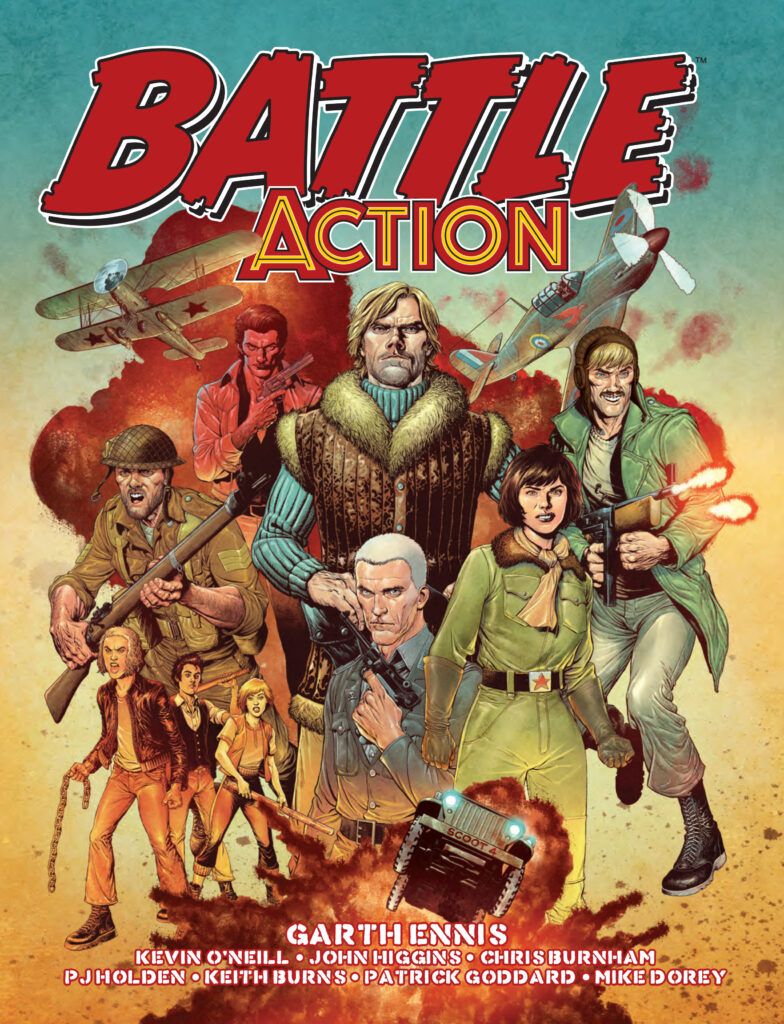