The Monster Fun Halloween Spooktacular! is out this week with 52 pages of fabulous new comics featuring a veritable pantheon of the great and the good bringing back a load of classic British humour characters from the past, as well as plenty of brand-new characters to giggle and guffaw along to!

This special is just the opening salvo in the Monster Fun revolution - the title is coming back in April as a bi-monthly on-going comic, bringing the Monster Fun to you every two months!

So, who better to talk to about this than the editor responsible for bringing it all together, Keith Richardson? 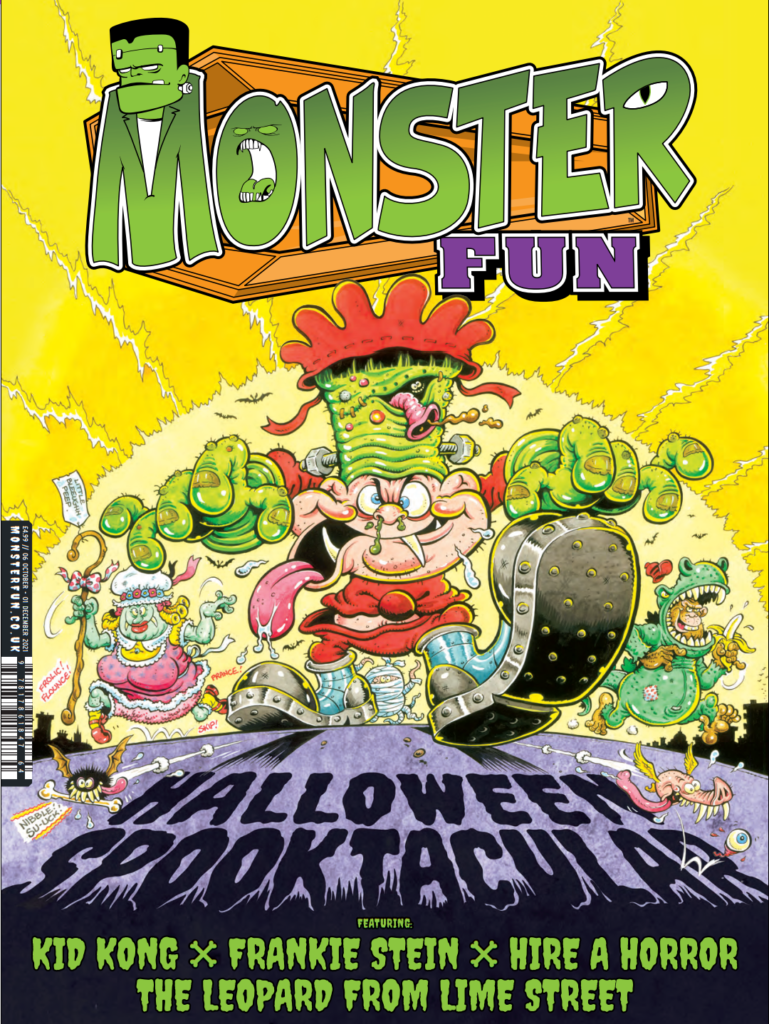 KEITH RICHARDSON: I think that it is a huge deal. There hasn’t been a new, regular, all ages UK comic out for a long time. 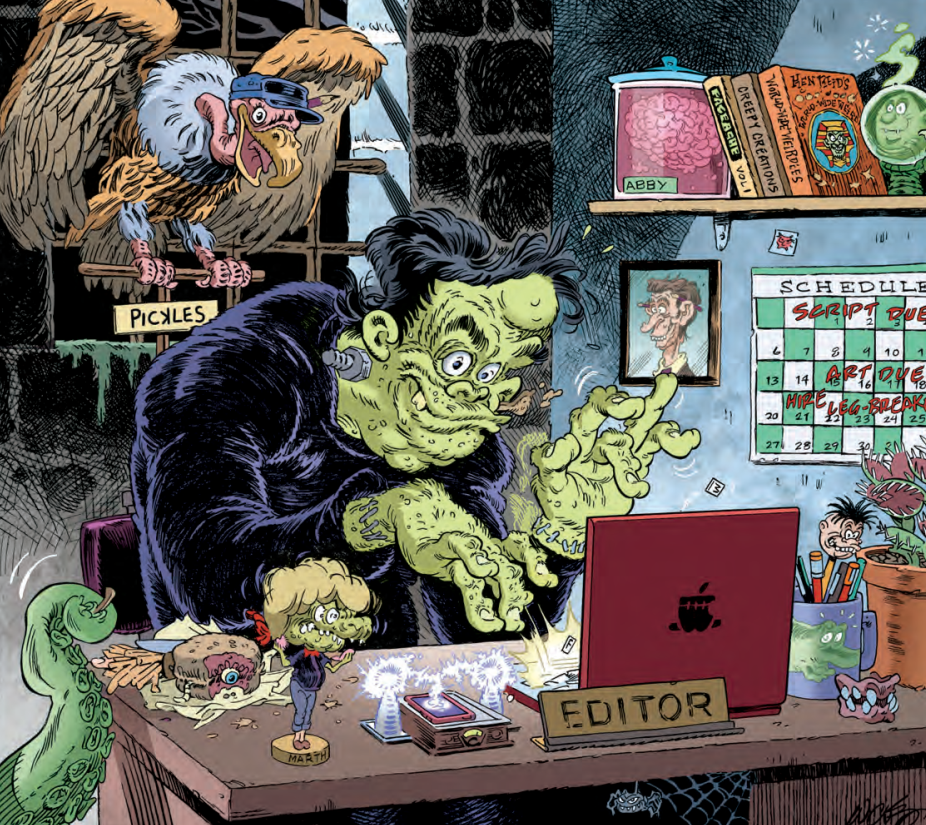 The Monster Fun Halloween Spooktacular brings together some wonderful names in comics, both well-known and fairly new, along with a collection of both new characters and the return of some classics from the long and wonderful history of Brit humour comics. What was the process behind selecting both the creators involved and the strips we’re going to see?

KR: First and foremost I must say that everybody involved in the Halloween Spooktacular did a tremendous job. I knew that they would because I have worked with so many of them before – a lot of the creators here were also involved with our Cor!! Buster specials. I have Tom Paterson back – a creator who is on my Mount Rushmore of Comic Artists! Tom is a creative genius whose work looks as contemporary today as it did back in the 70s. And Thanks to Jamie Smart’s fantastic Moose Kid Comics (one of the best kids titles in the last twenty years), I was introduced to the great work of Chris Garbutt and Matt Baxter.

Oh absolutely – Tom Paterson’s really getting the acclaim he’s due, with Monster Fun and the forthcoming Tom Paterson Collection bringing a load of his work together in one place at last! 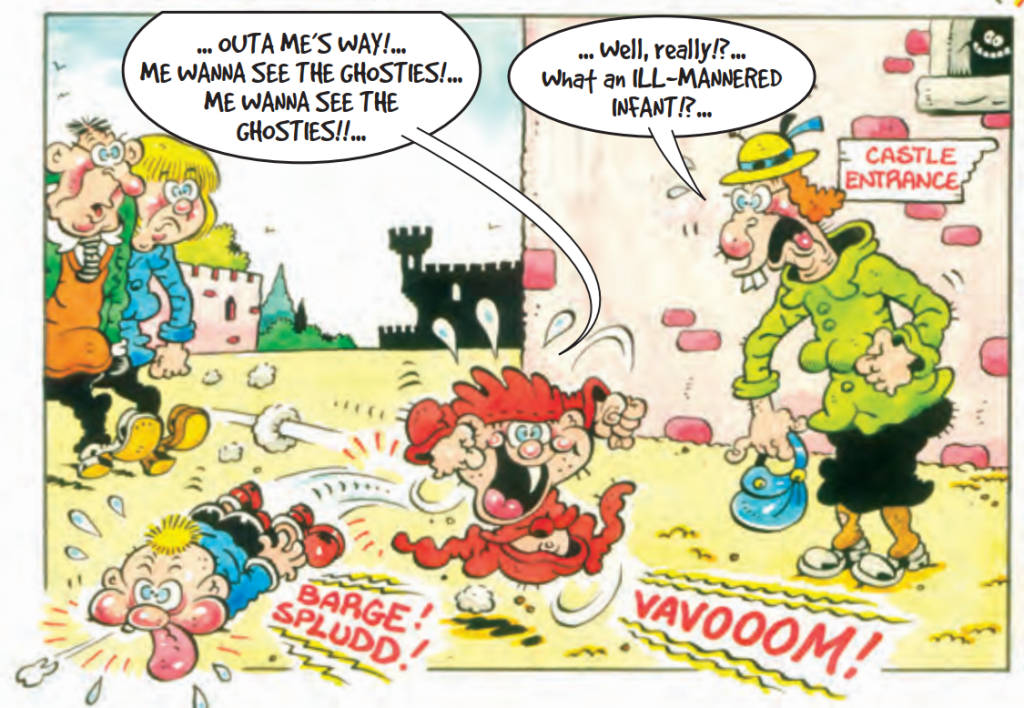 KR: And with all anthologies I believe that there should be a wide array of art styles and stories displayed. I don’t really like one standard house style. That’s boring and turns off so many potential readers.

In regards to the strips featured, many were pitched by the creators or they had already worked on them before, again in Cor!! Buster. It’s important that we feature characters and strips that today’s youngsters can get on board with. Hopefully we have done that.

Having said that Monster Fun is full of Brit humour classics, there is one strip that breaks the mould, The Leopard From Lime Street. Why include that one in the new Monster Fun?

KR: Well, you know that humour comics traditionally ran one, occasionally two adventure strips and Monster Fun is no exception! March of the Mighty Ones ran in the original Monster Fun – a great story about two siblings chasing down some out-of-control robot dinosaurs that their father had created for a movie! The adventure strips were a nice touch and gave titles that extra dimension and offered up a story that the readers could really get stuck into. 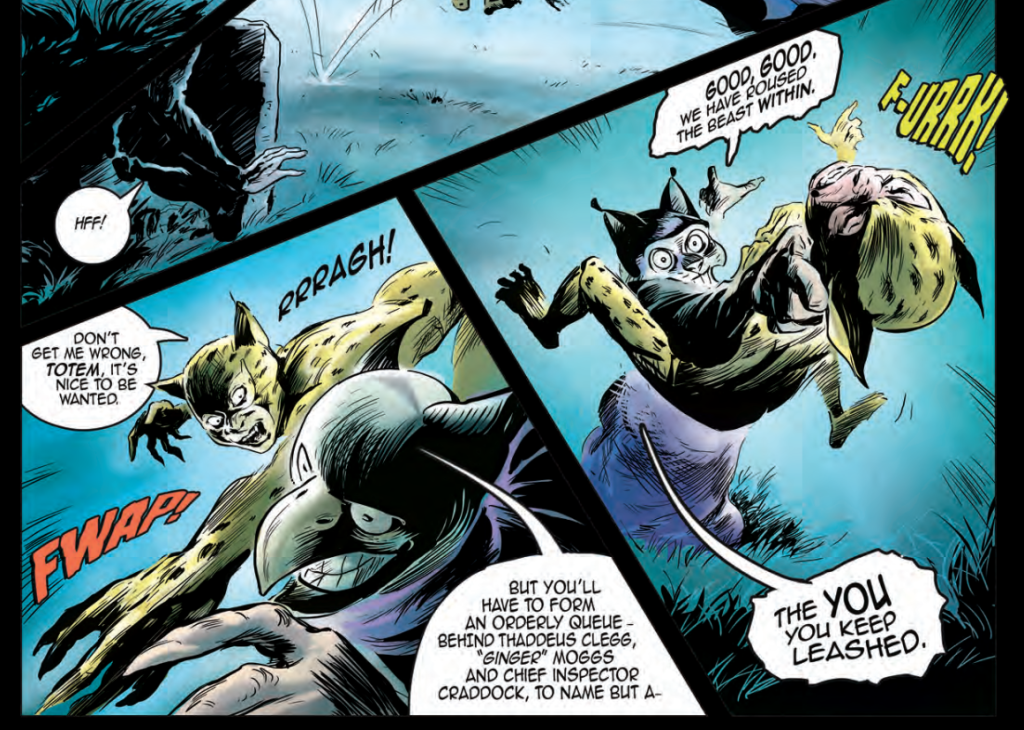 KR: The inclusion of the Leopard from Lime Street was a no brainer for me. He’s easily one of the most popular superheroes in British comics. The character was originally inspired by the success of Spider-Man and, just like Marvel’s finest, I think that the Leopard can still appeal to a new generation. He’s also very suited to a monster comic – just look at some of Mike Western’s glorious Leopard strips. So much of the story was set at night. There are panels with the Leopard looking quite sinister, hiding in the shadows or perched, ready to pounce out of a tree. In some stories he looks downright bestial! Couple that with Simon Furman and Laurent Lefevure’s infectious excitement for the character…I think that we have one hell of a hit on our hands.

I know what you mean about Simon and Laurent having that infectious excitement – I got just that from when I interviewed them about it (that particular interview will be up this week as well!)

KR: And The Leopard from Lime Street will be joined by another action/adventure strip from the first issue in April. Where the Leopard has a slightly darker tone, this other story is more of a fantasy/sci-fi adventure.

What are you hoping for with both this Monster Fun Halloween Spooktacular and the on-going Monster Fun comic?

KR: More than anything, I want Monster Fun to find it’s intended audience and bring this great medium to the attention of a broader spectrum of youngsters.

You've been the go-to guy for all-ages comics at 2000 AD/ Treasury, having been the one responsible for the 2000 AD Regened idea all the way back to the 2018 FCBD Special.

Given this, are you rather living the dream right now, with the first new kids comic in many years (since the Phoenix) coming out very soon?

KR: I’m so happy to be working on Monster Fun. When I pitched this, I wasn’t too sure it would get the green light. Compromises had to be made of course, but fair play to the Kingsleys for taking a chance on this. The Phoenix and Beano are great, but I think that we are offering something a little different.

When it comes to kids comics, the prevailing thoughts tend to be that the future has a spine, as in the future of comics is in books - going down the Dav Pilkey/ Raina Telgemier route of original graphic novels in million selling digest format. So will we be seeing collections in that format for Monster Fun?

KR: For the foreseeable future, I do think that it is the books that are going to do the real business. With that in mind, we have no plans to rush out any Monster Fun trade collections. We have to invest the time in that and make sure that it is done properly for that market.

What’s the importance of getting kids into comics?

KR: Comics encourage kids to read and nurture the imagination. They’re terribly important for that and much more effective than games, for example. I speak from first‑hand experience.

One thing I have seen with the all-ages comics we've been seeing from Rebellion thus far, Regened and Treasury, is a load of 'fans' coming out of the woodwork and complaining that these comics are just wrong, they're absolutely not the thing they want to see, want to read. Now, to my mind, that can only mean you’re doing it right – because the nay-sayers are older, harking back to the comics they used to read, used to like.

I've had the benefit of working in schools and introducing comics to the chidren there and it's very obvious that the reading preferences of the kids out there is completely different to anything we (as grown up folks) ever imagined. They're far more self-aware, far more literate, far more intelligent, and far more able to express exactly what they like.

KR: Yes, there are an element of fans who are consumed by nostalgia. And if that works for them then that’s okay. They’ve not grown up with the same influences, trends and styles today’s generation have so they can’t identify with the things that their kids may gravitate towards. I get it. Manga doesn’t do much for me. But I can appreciate and downright admire what Manga has achieved, especially in its power to captive and grow a younger readership.

Most of the strips have been brought straight out of the archive and as I said before, I think that with the creative teams involved, they are all strips that will appeal to day’s 8-13 year olds given the chance. That is where our focus lies. But if older fans are on board, well that is just a bonus. And don’t forget, we also have our Treasury of British Comics graphic novels for those who want to revisit stories from their youth.

But before then, take the time to pick up the Monster Fun Halloween Spooktacular, out on 6 October and available wherever comics are sold, from the 2000 AD web shop and Treasury of British Comics web shop. But do everyone a favour by making sure you get it into the hands of all those kids who could find a love of comics from the fabulous collection of comics inside! 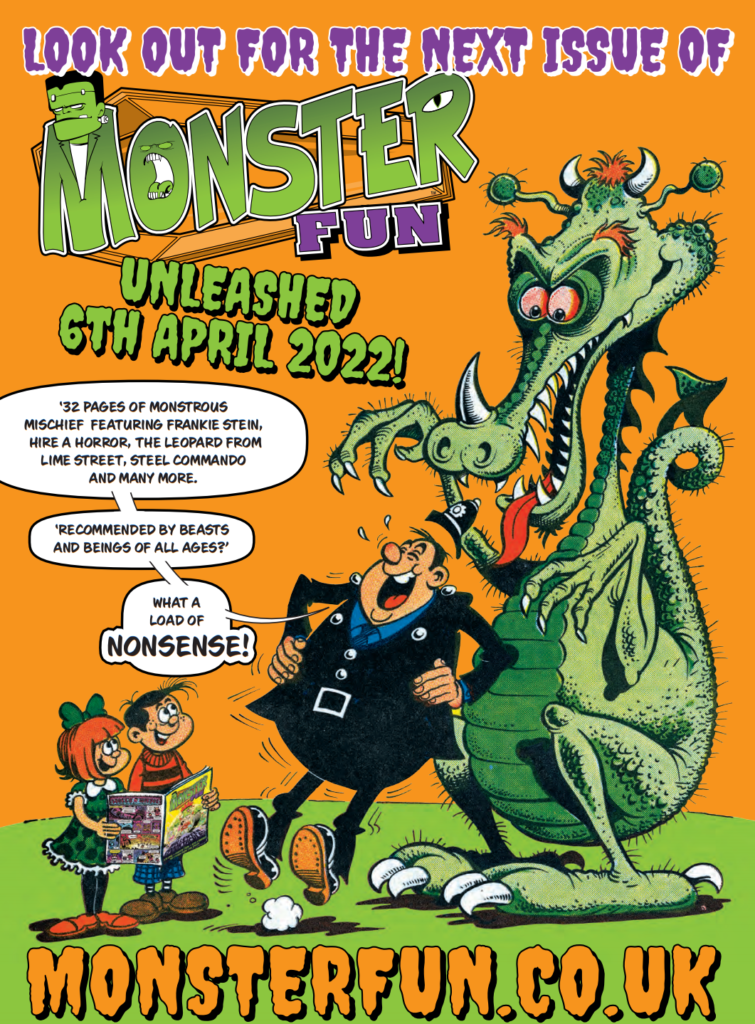